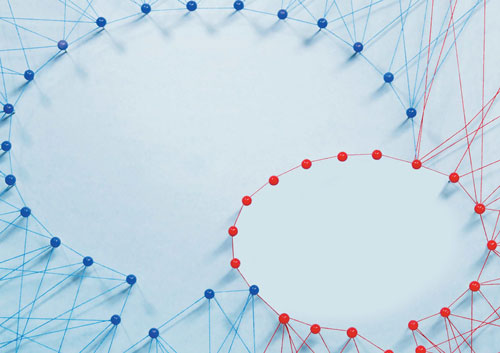 Connectivity is a subject of concern among those engaging in the Internet of Things (IoT) and the situation is only getting more complex as new options come to market and the volumes of devices to connect increase, writes Nick Booth.

The problem with IoT connectivity is that demand is stretching the suppliers. Before we even get to 5G, the network providers have got their own version of network slicing to do within their own operations, with decisions to be made about how they divide up their time, energy and budgets. Network providers need to decide which connectivity technologies they should buy, in order to build the right supply. Which begs the question: what do these enterprises intend on doing and how?

At the moment, one of the significant choices is between two cellular technologies, narrowband IoT (NB-IoT) and LTE-M. That’s NB as in narrow band and low power, versus LTE-M as in 4G networks. Which is better suited to cater to demand depends on what enterprises actually ask for.

The GSMA says three billion more devices will be connected by 2025. That will triple by 2030, according to data from network provider BICS, which also reports that demand for data roaming nearly doubled in 2018.

Demand has been shaped by governmental stimulus. One fifth of smart city connections have been encouraged by the EU’s Smart Grids Task Force for smart energy. Operators like Orange, Deutsche Telekom and Vodafone – which have built NB-IoT networks – did so because connections into big vertical markets fit the NB-IoT use case of generally transmitting small amounts of data infrequently.

The operators have seen that connectivity is the lowest common denominator and the big profits are in what they offer over the top of these connections. Which is why Vodafone’s M2M strategy is about cloud services, not connections. Deutsche Telekom and Orange have opened IoT labs to develop application-specific IoT prototypes in order to maximise the value of the connections they supply.

Few of the IoT apps need much power for their devices, but they do need to be both on and connected for long periods of time. Think smart meters in homes, sensors in smart cities and farming applications.

How will NB-IoT provide greater choice and meet demand better

In this context NB-IoT is the kindest technology to batteries and devices can stay on for a decade. Since it meets 5G standards it is guaranteed longevity. “It’s here to stay and a safe choice for long-term IoT projects,” says Mikaël Schachne, the chief marketing officer and vice president of Mobility and IoT at BICS. NB-IoT doesn’t just need staying power, it needs to be easy to install in the initial stages and available globally, which it isn’t yet.

Connections in the hardware in a smart factory must stay on all the time so the devices and sensors must work anywhere the hardware is used. Users must activate and connect the hardware by turning on the device – so the whole process has to be painless and easy.

That gets hard if each branch in each country has to buy a local SIM card and manually insert it into the hardware. This complicates the already challenging integration with local IoT platforms and commercial agreements with local mobile operators. The complexity is multiplied with each country in which the hardware was deployed.

“Native global connectivity is required and this is only possible with roaming,” says Schachne.

IoT can only fulfil its potential if the new devices can have low power and no borders.

There will be other challenges for NBIoT though. Mobile operators have to install new core network elements in order to accommodate NB-IoT, which means roaming coverage has to be redeployed and tested with each roaming partner. Is it worth the effort for them? Devices that use network resource but generate very little data usage might not fit into their model of return on investment (ROI). The operator is entitled to say show me the money.

How will LTE-M give greater choice and meet needs?

LTE-M has fewer mobile operators running it but since it’s natively everywhere that 4G roams it has wider global coverage than NB-IoT. Therefore, the opportunities for world connectivity with LTE-M are greater. In a time of security vigilance, LTE-M is a safe bet if your hardware needs firmware updates because, by comparison, the NB-IoT downlink speed is too limited. LTE-M also supports real-time communication, though will only support devices with a battery life of a few years.

If your ambition is to roll out services domestically, right now, the choice must be LTE-M. The NB-IoT roaming footprint will grow but it’ll take some time to be truly global. NB-IoT supports long battery life with devices remaining connected for up to ten years, which is great for things like smart meters, but less ideal for real-time communications, says Schachne.

One of the impediments of the roll out of IoT is the lack of common standards, especially when it comes to the best network technology to use, says Nicolas Hauswald, the chief executive of communications specialist Etelm.

The choice over NB-IoT or LTE depends on the type of sensors and devices that are gathering information.

“If you’ve got sensors transmitting low bandwidth data from remote locations then NB-IoT is a good option,” says Hauswald, “but when devices run from cars, drones and machines then LTE-M is more effective for these mobile assets.”

Then there is the difference in how NB-IoT and LTE-M networks typically operate. NB-IoT networks are usually delivered by telecoms operators who provide access to the network to their customers. On the other hand, LTE-M can be run as a private network, with the business running it taking responsibility for its creation and management.

It gets more complicated though. These two technologies aren’t the only game in town, say the analysts.

“While cellular low power wide area (LPWA) connections such as NB-IoT and LTE-M will make up the largest portion of M2M connections in Europe in 2023, operators face increased competition from non-cellular technologies such as SigFox and LoRa,” says Ryan Harbison, a research analyst at ABI Research. “By putting everything together and delivering an end product, rather than just the technology, any supplier can tempt buyers to choose them.”