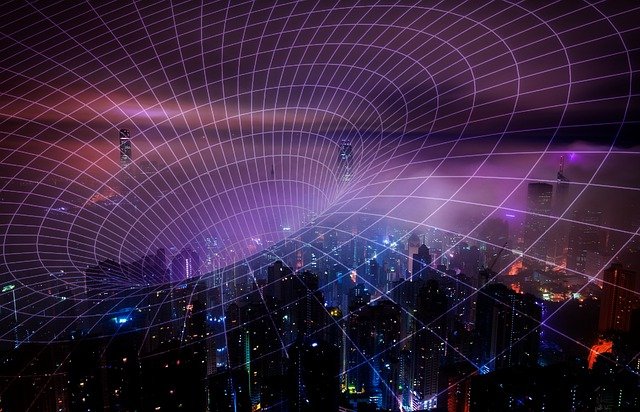 With a global IoT market of 4.8 billion endpoints by the end of 2019, according to Gartner, clearly not all IoT applications need 5G. It will, however, enable some that are either not possible or pragmatic now, and transform the scale and scope of many that are, Annie Turner finds.

John Vickery, a principal technology partner in the Enterprise CIO unit at BT, says it makes sense not just to look at why IoT needs 5G, but to consider that a major use of 5G will be IoT, which will help to fund the investment in 5G. “There are a lot of ways at the moment to do IoT without 5G, but as an explosion of scale happens in IoT, the amount of data flowing over the 5G network will increase dramatically,” he says, adding that 5G will have the capacity to carry it economically.

“Ultimately, it’s about the combination of the two, and what they will do for businesses and consumers,” he explains, pointing out that all the additional data “leads to deeper insights and better interventions and actions, and our customers can take better strategic decisions.”

He acknowledges that although the telecoms industry has this ambition to bring 5G and IoT together, it has yet to work out exactly how the combination will bring about the desired outcomes, but states: “We are beginning to see the green shoots of some uses cases.”

Bengt Nordström, the chief executive at consultancy Northstream, part of Accenture, comments: “5G is needed for mission-critical IoT where applications require super low latency and ultra-high reliability with cases like remote surgery, discrete automation, such as motion control, and the use of drones.”

“Another IoT use case that might need 5G is massive IoT where there are millions of connected devices per kilometre,” he adds. “For instance, consumers now have more and more devices that are connected, smart cities and autonomous cars are becoming a reality, and even stadia are connected.”

Autonomous vehicles aside, Vickery says other applications that need low latency communications and could greatly contribute to the greater safety of workforces include remote manoeuvring of massive cranes, which can be done from the ground. Automated vehicles – from drones to heavy plant machinery and trucks – could also improve safety in dangerous environments such as mines, agriculture and shipping.

He agrees that not only can 5G help shift vast amounts of data, affordably which is a key consideration, see Figure 1, in realtime, but that edge processing and storage, which are facilitated by 5G’s network architecture, could be used in certain applications. Here an application is isolated at the edge to reduce congestion on the network – for example, avoiding sending high definition streams across a network – or where localisation and data sovereignty are important, such as within a manufacturing plant. Vickery says: “5G is encrypted end-toend – by nature – and LTE and 5G have some of the most robust security embedded”.

Nordström adds: “Narrowband IoT (NB-IoT), a technology built on 4G, is evolving to address the need to ensure so many simultaneous devices and connections work seamlessly at the same time, and it might be considered as part of the 5G tech family. This 5G service would likely be deployed as part of the operator’s macro network.”

This notion of 5G being a network of networks rather than a single, ubiquitous infrastructure is key, and in particular, as well as interoperability with 4G, it relies heavily on fibre networks – in all wireless technologies, the trick is to keep the airborne leg of the journey as short as possible and get the data onto a physical, wired network.

Mikael Sandberg the chairman of VXFIBER, stresses: “You can’t add fibre to 5G network but [you can] add 5G to fibre, and in almost all conversations we have – we are talking to 30 UK cities now – that is either not understood or ignored, but 5G starts underground with fibre.”

VXFIBER works with local councils that have smart city ambitions to help them identify what they want to achieve and look at how fibre will help them and their community, as well as understand what assets they have and how they could be harnessed. Sandberg adds, “Part of that is to look at how councils will prepare for 5G”.

He continues, “5G and IoT are high on these councils’ agendas, but to make it possible they need fibre as much as 5G. Often their understanding of IoT through 5G is vague. People paint pictures of use cases but the stark reality is that cities need to consider the basic infrastructure they need to make it possible.”

Sandberg gives the English town of Oxford as example of where fibre, 5G and IoT will provide a solution to what has proved an intractable problem with many repercussions: it is one of the most congested cities in the UK. In three years’ time, the council is to launch a self-driven park-and-ride service through electric vehicles – and the fibre infrastructure supporting 5G to provide real-time data is essential.

He explains a dedicated fibre passive optical network is not good enough for these purposes, as even a dedicated line can split the signal at the base station among users and applications that require super low latency and ultra-high reliability cannot run on an unknown input. This is why trailblazer Stockholm has a dedicated fibre end point every 50m in the city centre, with fewer in less dense urban areas at 250m apart.

Tom Winstanley, the vice president for New Ventures and Innovation, NTT Data UK agrees that 5G will not be enough to support IoT without full-fibre infrastructure but is already foreseeing that. “Even 5G will not be able to achieve ubiquitously connected society because you can’t build enough data centres and network points to build the society we envision,” he says.

At the end of last year, NTT announced a research agenda for photonic wireless networks and recently DoCoMo, another unit of NTT, published a white paper on 6G. As Winstanley says, with IoT you need at least a ten-year research horizon to meet the future demands and potential of smart cities and other possible innovations, as fostered by the NTT Data global Open Innovation Contest. Recent entries include autonomy as a service, composed of vehicles, drones and robots as proposed by unmanned.life, and Iotic Twins, which are not a 3D model or visualisation of an asset, but a through-life, semantically defined virtualisation of an asset.

It seems like whatever the generation of communications technology, IoT applications will evolve to exploit its speed and other attributes.