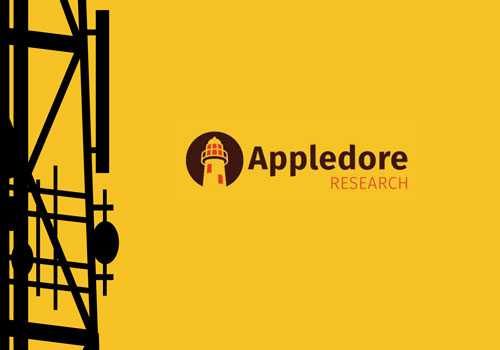 2020 saw a unique combination of events that will have lasting impact on the telecom industry – and not all negatively. Industry initiatives to establish a more open radio access network (O-RAN) gathered considerable momentum. Francis Haysom, the principal analyst at Appledore Research, argues that 2021 will be a critical year in which open RAN really begins to change the shape of the telecoms market

2020 was a breakthrough year for O-RAN. Meaning, that at the start of the year, it could still be seen as something of an interesting effort – potentially important, but years away. By the end of the year however, it was being cited as a critical part of strategies by CEOs from major vendors and communications service providers (CSPs) alike. Online conferences were among the best attended and most actively participated of the year.

Does O-RAN really deserve all the attention? And into 2021, will its momentum be sustained?

I believe the answer to both questions is yes but with some qualification.

O-RAN is now an umbrella term that covers a number of inter-related initiatives with a shared purpose to increase openness – that is, disaggregation of previously combined subcomponents – within the RAN, enabling among other things:

These programmes are also seeking to enable the increased deployment of intelligence within the RAN, promoting lower operational cost, and faster innovation.

With roots in separate initiatives going back to 2018 and earlier, in 2020 a combination of commercial, technical, and political pressures acted as a catalyst giving a major boost to the O-RAN cause. Vodafone, Telefonica, Deutsche Telekom, Rakuten, Orange and O-RAN all made significant public announcements referencing commitments to deploying O-RAN in live networks in 2021.

From the start, O-RAN has been strongly led by CSPs, who feature in leadership positions on most of the O-RAN initiatives. Most notable among those is the Open RAN Alliance, a consortium founded in 2018 by five CSPs, but by the start of 2021 comprising some 27 CSPs and more than 200 vendors. Also significant is the Telecom Infra Project (TIP) which sees Facebook join major CSPs in driving deployments of open infrastructure – mobile RAN is just one thread of TIP.

The CSP leadership of O-RAN reflects the strong commercial drivers that led to its creation and continue to steer its progress. Not only lower costs for RAN rollout and upgrade, but just as important: faster introduction of new features and services across entire networks.

How will O-RAN deliver these benefits?

The success of mobile telephony has been fundamentally driven by global standardisation of functions and interface. Yet in the RAN the process of standardisation and interoperability in many ways has gone in reverse, with increasingly proprietary integrated solutions from an ever-declining number of major suppliers.

Traditional, that is, proprietary, RAN solutions are designed with the intention that a CSP will deploy a single-vendor, vertically integrated RAN solution nationally or regionally, integrated via 3GPP backhaul interface standards with a core network management solution (NMS).

And with good reasons. Adoption of a single RAN provider nationally can currently pay dividends in terms of new service introduction. T-Mobile in the Czech Republic was able to deploy a national cellular IoT solution through a simple software upgrade of its single-vendor RAN. This is not possible for CSPs with a multi-vendor RAN because of the need to coordinate multiple RAN solutions and to integrate these RAN solutions to provide a national IoT solution. Traditional RAN consists of standalone base stations, each with its own dedicated infrastructure at the site. Each base station would be separately managed, with processing dedicated to that site. This means that:

With the growth of mobile networks there has been a large increase in the numbers of cells and base stations. The infrastructure to support this, if it were based on dedicated base station functionality at every site, would not scale efficiently. For this reason, major equipment vendors introduced distributed base station architecture. By initially separating out the remote radio head (RRH) from the base band unit (BBU) the manufacturers were able to centralise BBU processing for many cell sites with connectivity to multiple RRH using fibre for fronthaul.

This meant that upgrade paths always favour the incumbent supplier. This is particularly the case where the supplier aims to reduce the cost of upgrade by building-in reuse of existing infrastructure. Many 5G business cases today only work because of the ability to reuse LTE baseband and radio infrastructure, with card swaps and software upgrades.

Security and geo-politics have exacerbated pre-existing commercial concerns over vendor lock-in. The lack of options, in most cases one of two, has spurred CSPs and governments into serious efforts to open up the RAN and encourage new vendors to enter the market.

Open RAN exposes and opens up the proprietary interfaces between RAN components, thereby offering the possibility for greater choice of individual components and, more critically, vendors for each component. The key components and interfaces of Open RAN are shown in Figure 2 with those from 3GPP in red, those from the O-RAN Alliance in blue. This diagram focuses on what the interfaces and functions are achieving, rather than specific interface and component names.

The key tenet of O-RAN is that the RAN should be disaggregated, and there should be open interfaces between the disaggregated components of the RAN. This is something that is not present in today’s mobile standards.

Beyond this, O-RAN initiatives are also aiming that any solution should be software-defined, and virtualised or containerised.

Finally, some O-RAN initiatives are looking at how an O-RAN solution could be deployed on white-box hardware and where each component is available as opensource software.

By replacing proprietary black box RAN with combinations of interoperable best-of-breed components, utilising virtualised components, and commodity hardware and software platforms, CSPs hope to drive down costs and increase the speed and ease with which the network can be changed.

What effect will this new architecture have on the RAN market, and what new opportunities and challenges will it create?

Appledore Research predicts total spend on O-RAN components and services to grow to US$11.2bn in 2026.

While much new RAN will be deployed, and equipment in existing networks augmented, headline capex will remain flat. However, we expect that O-RAN will become the dominant model for RAN procurements and rollout. Essentially, over the next 10-15 years, all RANs will become open RANs.

However, we predict that the majority of O-RAN spend by service providers will be with their longestablished suppliers, on pre-integrated yet open RAN solutions. That is not to say that new entrants will be squeezed out. Open interfaces mean opportunity for smaller vendors to sell into multiple larger ones, with the same product offering. And with much of the innovation happening in software, where development cycles are generally faster, product development will not require a 10+ year R&D programme.

So although only a proportion of total spend on O-RAN will be with non-traditional RAN incumbents, this nonetheless represents a significant opportunity for newer, smaller vendors. It is also worth noting that these estimates do not include the significant potential for O-RAN in private networks. This will be the subject of an upcoming Appledore report.

For the 20% of the market that we believe will be truly multi-vendor we show the split of spending for 2026 in Figure 4 overleaf:

The return of systems integration

The single largest new market opportunity in O-RAN will be systems integration. Appledore expects this to comprise around 30% of multi-vendor O-RAN spend. More than any other part of the market, this is likely to see the greatest competition: not only between established equipment vendors with services arms, but also software integrators, as well as operators themselves reselling their own experiences as proven blueprints.

Some pioneering CSPs will continue to drive the pace of O-RAN by doing their own systems integration. Since comparable work was only previously done within the R&D of large vendors, this represents a new area of risk for CSPs relative to conventional RAN rollout.

However, with O-RAN, systems integration takes on a new and wider role. It’s important to remember than O-RAN roll-out is not only largely about software, but that it is about software that is replacing proprietary hardware. That matters because it means that the role of a systems integrator (SI) in O-RAN is not limited to assembling software components, but to supporting the lifecycle of development, test, subsystem integration, validation, test and assurance for RAN capabilities.

As such, opportunities exist for vendors with RAN equipment test and assurance expertise to adapt their expertise into Open RAN, as much as for traditional software SIs to expand into network lifecycle territory. The good news for operators is that there are vendors with both skill sets out there. By definition, this is one example of O-RAN widening diversity and choice.

O-RAN prompts discussion of establishing of viable – politically, technically, economically – ecosystems, and the need for new, specialist entrants in the RAN supply chain. While we believe this is possible, we also believe that O-RAN ecosystem clusters will need to start forming rapidly. Aspiring vendors should work to develop specific relationships that work well, rather than hoping that the badge of ‘Open’ alone will ensure success.

CSPs and vendors will need to also invest in an O-RAN ecosystem of more than technology O-RAN will require system integrators that can integrate and prime open RAN solutions to many, with economies of scale. Similarly, O-RAN will require network deployment capabilities that match those of the established RAN equipment vendors. If CSPs want O-RAN to be a success, then they will need to find approaches that can enable both of these. New O-RAN vendors must recognise that they cannot achieve success by themselves. They will need to actively work on building partnerships with others beyond just technology: choose friends and create ecosystems.

Adoption of O-RAN architectures and standards we believe is inevitable. Traditional RAN vendors will need to modify their behaviour to meet operator demand for openness. However, in doing this they ultimately have the opportunity to potentially strengthen their position as integrated suppliers with innovative suppliers of open RAN functions as part of their integrated offer.

O-RAN has the potential to fundamentally transform mobile networks by:

O-RAN is still at an early stage, though making rapid progress with powerful and committed sponsors among the CSP and vendor communities.

CSPs and vendors alike must also recognise that O-RAN is fundamentally about enabling new network software ecosystems. Standards will be important, but are secondary to this aim. Rakuten, seen as the leader in O-RAN adoption does not in fact use the O-RAN Alliance fronthaul standard for 4G, instead developing its own standard between radio units and baseband. CSPs must not allow open RAN to become a standards definition led process that only delivers benefit when a standard is fully agreed. CSPs must actively participate in sponsoring plugfests and other forms of collaborative development. They should also consider taking this a stage further with early-stage trials of principle for innovative RAN services.

Dedicated to the telecoms industry, Appledore Research helps its clients navigate rapid change in technology, service innovation and operational practices to positively transform and grow their businesses. We think differently, challenge the status quo and identify the best ways to move forward

Through our expert team of experienced telecoms industry analysts and business practitioners, Appledore Research provides you with a unique blend of sector-specific market research reports, strategic advice and marketing support services, either as a part of a subscription package or as individual purchases.