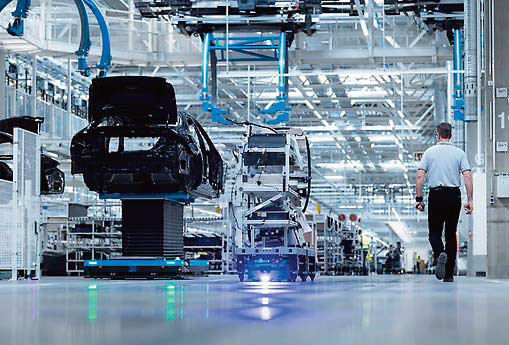 In December 2020, Transforma Insights published a series of reports looking at the increasing recent interest in mobile private networks (MPNs) and particularly their use for the Internet of Things. This report provides a summary of those reports

What is a mobile private network and what can it do for you?

The benefit of operating a wireless network, such as Wi-Fi within a building or campus is self-evident, allowing for the networking of all of the various devices within the site. However, the last couple of years have seen a significant increase in interest in using cellular technologies to do this. Today the vast majority use 4G LTE, but the substantial take-off in the market is expected to happen only with 5G. Compared to legacy systems, 5G is leaps and bounds ahead, with faster speeds, lower latency, better reliability and the ability to support more devices. The range of applications that can be supported has expanded significantly. However, Wi-Fi has also moved on in the interim, with Wi-Fi 6.

There are specific benefits from using cellular, and particularly 5G, technologies compared with other private network technologies such as LoRa, Zigbee or even to Wi-Fi 6. Compared with most technologies, 5G provides far superior bandwidth, security and reliability. Compared to Wi-Fi 6 the distinction is less pronounced but 5G has some advantages, including:

The big drawback for cellular compared to WiFi6 today is in device costs. Wi-Fi is significantly cheaper. Wi-Fi also has the advantage of backward compatibility with all previous generations, which is not the case with cellular technologies, although 4G to 5G compatibility is good. There is also some debate about security, with Wi-Fi6 generally being at a disadvantage, depending on how it is provisioned.

To a certain extent, the creation of a contest between Wi-Fi and 5G is spurious. The most likely scenario is that the two technologies will co-exist. Very few organisations that elect to implement a private 5G network will not also provide Wi-Fi for that same site. The functionality means that they will be focused on different uses cases, but Wi-Fi will almost always be deployed alongside any 5G deployments.

The other big driver for mobile private network adoption, beyond the availability of 5G, is the fact that many key countries have issued licences for, or otherwise made available spectrum specifically for, private networks.

The most prominent of the recent licence awards is the Citizens Broadband Radio Service (CBRS) spectrum in the United States. In 2020 the Federal Communications Commission opened up a frequency band from 3550MHz to 3700MHz, which had previously been held exclusively for use by the military and satellite ground stations. The new designation is that it is shared between three tiers of users: the former military and satellite incumbents which have priority across the full 150MHz band where they require it, priority access licences (PALs) and generally authorised access (GAA). PALs in the 3550-3650MHz portion of the band were auctioned in July 2020, with use contingent on not interfering with incumbents. GAA users are unlicensed and can use any channels not in use by either of the other two tiers.

The PAL auctions offered seven licences of 10MHz each for each US county. They finished in August 2020 having raised US$4.58bn from 20,625 successful bidders. The remaining 80MHz of the CBRS band is available for the GAA users. Almost half of the spend, US$1.9bn, came from Verizon. Dish Network was the second biggest spender, with more than US$900m. Other big buyers were Charter Communications, Comcast and Cox Communications. The most notable thing is that it is largely mobile, cable and satellite providers who won the lion’s share of licences, although notably T-Mobile US spent only US$5.6m on eight PALs, and AT&T did not secure any. Enterprise buyers, such as John Deere, were active but typically required only a handful of licences to cover their manufacturing or operations centres. Utilities, oil and gas companies and universities were also active bidders.

In Europe, the prevailing trend is similar to that in the US, with licences in the range of 3- 4GHz becoming available. In Germany in September 2020, 74 Lokale Netze private 5G network licences were awarded in the 3.7- 3.8GHz band, with winning bidders including Accenture, Airbus, Huawei, Mercedes-Benz, T-Systems and ThyssenKrupp. Further licensing is expected. The UK regulator, Ofcom, has made local spectrum licences available on a first-come-first-served basis, with cost-based fees applied, for four bands, including 3.8-4.2GHz and 24.25-26.5GHz. There is some use in France of 2.6GHz spectrum for private LTE and the terms of the September 2020 3.4-3.8GHz spectrum auction include some requirements for telcos to sublicense spectrum to third parties on a geographically limited basis. Similarly, in Austria the private network spectrum auctions saw the 3.4-3.8GHz licences won exclusively by telecommunications providers. Other countries, including Belgium, Croatia, Finland, The Netherlands, Norway, Russia, Sweden and Slovenia have plans to make further spectrum available.

The Asia-Pacific region has seen some movement. Applications opened in November 2020 for several bands between 24.7GHz and 30GHz in Australia, while New Zealand awarded 80 private licences in 2009 for the 2575-2620MHz band. Japan opened the application process in December 2019 for the 28.2-28.3GHz bands, with others under consideration. Other countries, including Malaysia, have indicated an intention to make private network spectrum available soon. China has somewhat bucked the trend in advanced markets by not yet making available spectrum for MPN, although trials have been ongoing by government departments in some provinces.

Turning to Latin America, Brazil’s auction is expected to take place in the first half of 2021 for 2390-2400MHz, 3800-3800MHz and 27.5- 27.9GHz. Chile has designated 3750-3800MHz as a band for private 5G networks. The countries identified above as having already allocated spectrum for private 5G networks (i.e. excluding China) account for over 30% of the world’s market opportunity for private networks in 2025, according to Transforma Insights’ TAM Forecast Database. With more countries to follow, the opportunity is opening up quite quickly.

There are a number of scenarios where we can envisage enterprises wishing to make use of the associated capabilities for IoT. Manufacturing, airports, ports, warehouses, oil and gas refineries and university campuses are amongst the most obvious. Transforma Insights also expects significant adoption eventually of some form of private networks for agriculture, with highly distributed applications and generally poor coverage from mobile networks.

The majority of the use cases that we see today for MPNs are in factories or other semiindustrial settings, such as ports, mines, refineries and power-stations. It is here where the most immediate benefit of increased efficiency can be delivered and where the pricesensitivity is lowest. However, there is also a large volume of demand for MPNs amongst more price-sensitive locations such as farms, hospitals, logistics centres, retail parks, sports stadiums and conference centres.

As well as identifying the addressable market for MPNs, Transforma Insights also has, within its TAM Forecast database, ten year country-bycountry forecasts for IoT connections split between 20 verticals, 11 technologies and by public vs private networks. Based on that we can extract figures to quantify the market opportunity for cellular technologies being used to connect private network devices.

At the end of 2030 we expect that there will be over 150 million cellular devices connected to on-premise private networks, up from three million at the end of 2019. As a proportion of all cellular devices this represents a growth from 0.3% to 3% of all connections. Today the majority of these devices are LTE but over the forecast period, the balance shifts towards 5G, particularly in the form of mMTC low power wide area (LPWA) devices.

We are currently in the early days of MPN deployments, where market-leading organisations deploy custom solutions. Mass adoption across the wide range of potential use cases, however, depends on having productised offerings to hit price points that are more palatable to the long tail. In Figure 2, we illustrate the changing dynamics of those two elements. Over time, inevitably, average contract size falls. at the same time as productization increases.

Transforma Insights also expects a third trend over time: the increase in value-add service components focused on the vertical sector, which will partly mitigate expected decline in contract size. The MPN is essentially a horizontal capability, providing a platform upon which other services are delivered, be it industrial process control, tracking of hospital assets, or a fully automated freight terminal. Transforma Insights expects that providers of MPNs will seek to differentiate their offerings and add value by layering on vertical specific capabilities. It won’t be long before we see the emergence of specialist service providers focused on particular niches, as well as powerplant-in-a-box and other similar product lines.

Transforma Insights is a leading research firm focused on the world of digital transformation (DX). Led by seasoned technology industry analysts we provide advice, recommendations and decision support tools for organisations seeking to understand how new technologies, such as the Internet of Things, artificial intelligence, distributed ledger, edge computing and autonomous robotic systems, and new business models will change the markets in which they operate and necessitate significant internal transformation.