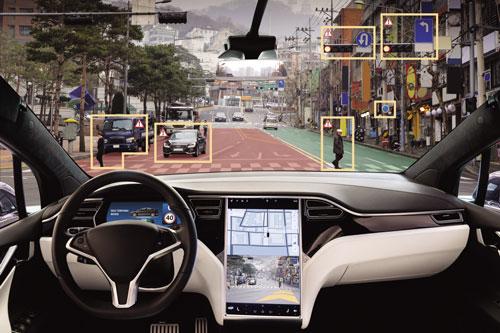 Technology enabled solutions are becoming ever more critical to the day-to-day operations of many enterprises. Among the most impactful technologies are artificial intelligence (AI), Internet of Things (IoT), cloud computing, and next generation communication technologies such as 5G. Edge computing may garner fewer headlines, but it is a key enabler for many solutions that utilise the emerging technologies listed above, writes Jim Morrish, a founding partner at Transforma Insights.

Fundamentally, edge computing makes processing and storage resources available in close proximity to edge devices or sensors, complementing centralised cloud resources and allowing for analytics close to those end devices. This results in a number of benefits that can be very relevant in an enterprise context, including:

Analytics that may have previously been undertaken in offsite cloud locations can potentially be supported locally, avoiding the need for raw data to be transferred to a cloud location and for results of any analyses to follow the same path back to a local device. Accordingly, the time taken for a system to respond to new input information can be reduced to near real-time.

Communications and the exchange of data between devices that are colocated together can be routed more directly, and without need to transit cloud infrastructure. In fact, edge intelligence can potentially allow processing resources to be shared between a number of local devices, with certain devices able to call on processing resources residing in other nearby devices in a seamless way.

With more analytics undertaken locally to data sources, systems are not as susceptible to disruption in the case that a connection to a remote cloud location fails. Effectively, edge computing can allow local devices to operate to some extent autonomously of any cloud infrastructure. In some situations, edge devices can operate almost completely autonomously and independently of any connection to cloud infrastructure.

With more data processed locally, many security and privacy issues associated with transmitting data to cloud locations can potentially be mitigated, and it can be easier for enterprises to demonstrate compliance with data privacy and data sovereignty requirements. Alternatively, edge computing can be used to anonymise data locally before onward transmission to cloud infrastructure.

Locally managed information potentially only needs to comply with local regulations, rather than multijurisdiction regulations that might apply in a cloud environment.

Thus far, we’ve referred to ‘the edge’ in quite general terms as being characterised by deploying compute power closer to edge devices or sensors. However, there are many different kinds of edge location as illustrated in Figure 1 overleaf.

The enterprise edge includes servers and compute power that are local to an enterprise, or on-site at an industrial facility, and sit at the interface between that local network and associated cloud infrastructure. The network edge, specifically multiaccess edge computing (MEC), is an evolution of the enterprise edge scenario, where edge processing is provided at the edge of a communications network. This scenario will be increasingly relevant with the advent of 5G communications, and particularly in the case of 5G private networks where the network edge could be located in the same place as the enterprise edge.

Beyond these quintessentially local versions of edge is another definition of edge that has been adopted by providers of cloud infrastructure and which includes the provision of hosting capacity in secondary and tertiary cities: closer to the end devices, from the perspective of a cloud provider. We mention this for completeness only since, from the perspective of a solution designer, such locations are to all intents and purposes still cloud locations. This is entering a grey area though, since the public cloud providers have been partnering with communications service providers (CSPs) to co-locate the cloud edge and network edge together.

In terms of the processing of data, data lakes and large databases of information tend to reside in the cloud, whilst data streams can potentially be processed at any of the edge locations described above.

Dynamics of data at the edge

The next aspect of edge to consider are the dynamics of information, the data, as it flows over edge assets. Typically, today most organisations will establish their analytic approaches and frameworks at central, cloud locations. However, as described earlier in this report, there can be significant benefits to undertaking these analyses closer to the end device. A specific example might be the case of AI-enabled analyses of machine status information, where powerful cloud infrastructure can be used to establish rules to support, for example, preemptive maintenance alerts, and then any rules identified can be deployed locally to significant benefit and updated dynamically. The first dynamic associated with the advent of edge computing is a trend to push decisions closer to the edge.

Conversely, raw information originating from a device can be redacted or filtered or aggregated as it flows over edge infrastructure, ensuring that only necessary and meaningful information remains for onward transmission. In the example given above, once pre-emptive analytics have been deployed locally, it simply isn’t necessary for the same raw data to be transmitted onwards to cloud infrastructure and the digest form could be sent instead to accelerate the central analytics that resides in the cloud.

Lastly, information flowing from edge devices can be augmented as it flows across various edge assets by associating contextual and other information, often including information from other local devices. For instance the industrial robot described above may have on-board sensors to monitor operating temperatures and computers located at the device edge or edge gateway level could be well placed to identify when increasing device temperature is a result of some kind of malfunction. However, relevant contextual information might be that a factory air conditioning system has failed, and thus it is likely that increasing device temperatures are simply a product of an increasing ambient temperature. The potential for this kind of data augmentation increases with distance from the end asset. For instance, enterprise edge is a good location from which to analyse and control an entire local facility, including buildings and building condition, the performance of any manufacturing lines, and the organisation of work within the facility.

In general then, volumes of data tend to reduce as they travel away from an end asset, but the information that remains is generally richer and more meaningful.

These dynamics of information in the context of edge assets are illustrated in Figure 2 above.

Enterprise edge as a sweet spot

Also highlighted in Figure 2, there is a sweet spot for edge computing, identified as the enterprise edge and which combines a number of benefits:

Analytics at the enterprise edge benefits from high-speed local network connectivity within local facilities and also avoids the need to communicate information to cloud locations.

Since local connectivity is essentially free within most facilities, there is often limited benefit in redacting data any nearer to end devices than the enterprise edge, while redacting at the enterprise edge can potentially save significant costs associated with processing data using cloud infrastructure.

Overall, these factors make the enterprise edge an ideal location for undertaking all kinds of analyses of the wide range of information generated by a local facility. There is also a particular synergy with the advent of 5G private networks, since 5G networks can support very low latency communications and MEC can provide an efficient bridge between the private network and compute power deployed at the enterprise edge.

The simplest applications of edge technology are probably in building control and facilities management, including heating ventilation and air conditioning (HVAC) control, and security monitoring, access control and alarm systems. In a post-Covid world, such solutions could also extend to include air quality and ventilation monitoring. Clearly such scenarios benefit not only from autonomous operation at the edge, but also the location of analytics at the enterprise edge allows for good oversight of all parameters associated with a particular facility. This kind of application is clearly applicable in almost any vertical sector.

Another potential application is production monitoring and control in an industrial context. For example, an edge-enabled system can be used to monitor a range of production lines and machinery in a manufacturing location to pre-emptively identify any maintenance that is required, and dynamically re-scheduling production given anticipated downtime, availability of parts, and the profile of orders that need to be fulfilled. Information can also be streamed to augmented reality (AR) interfaces such as tablet computers, or video goggles, with minimal latency, Such applications are currently a reality in a production manufacturing environment, but may also find application in smart cities, for example, to control traffic, and also healthcare environments, for example, to manage patient flows. Streaming information to an AR interface can be particularly useful in construction and field support contexts.

The application of AI and machine learning (ML) to closed-circuit television (CCTV) feeds is a key opportunity for edge computing, particularly given the proportion of data communication volumes that it is possible to redact by applying analytic rules at the edge. AI enabled cameras can simply transmit an alert that a certain decision rule has been triggered, averting the need to transmit a full moving image feed to cloud infrastructure for analysis. Such solutions are commonly productised in the form of facial recognition cameras, or security cameras, and clearly have application in almost all vertical sectors.

Self-driving cars are a good example of edge computing being used to enable a local system to function autonomously without access to cloud infrastructure. The same concepts are relevant in other semi-autonomous vehicles, ranging from factory floor robots to drones, and from automated transportation systems to hospital machinery. Many of the applications associated with these kinds of devices are in fact more complex than autonomous cars, since they must combine local, autonomous, operations with coordination with control applications hosted on cloud infrastructure.

Another application that is particularly suitable for edge computing is the management of an estate of devices, for instance as might be found at a solar farm or a wind farm. Local edge computing devices would be able to compare the performance of individual solar panels or wind turbines, identifying those that need maintenance and ensuring appropriate performance of the overall device estate. Again, such an application concept could have significant relevance beyond the utilities sector including, for instance, agricultural and aquacultural applications, transportation management – particularly rail and public transport, oil and gas extraction and mining operations.

In conclusion, many variants of edge computing are going to be critical to industrial and commercial operations in the near future and edge will be a key technology for enabling Industry 4.0 and many similar developments. Within the edge space, it is the enterprise edge that will be the focus of most attention, even more so in the context of 5G private networks.