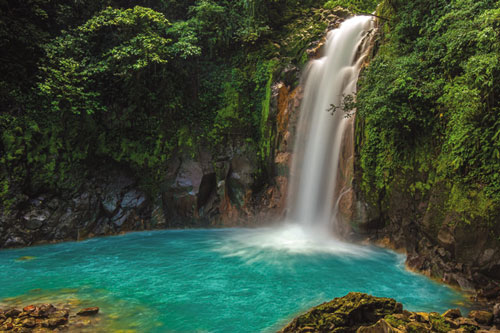 Data, communications and computing infrastructure are all coming together to enable intelligence at the edge so the processes, analytics, management and security are the next step, writes George Malim.

Multi-access edge computing (MEC) has existed since 2014 and has often been referred to as mobile edge computing. That tag is fine for wirelessly connected edge devices but increasingly, edge devices can be supported by fixed connectivity hence the change to multi-access. This shift indicates a growing maturity and understanding that it’s not just mobile devices that can benefit from intelligence at the edge.

With lower latency networks, enabled by 5G, LTE-Advanced and fixed fibre connectivity, the time it takes to traverse the network from the edge to a centralised server has come down, making various applications practical. However, for many, latency to distant data centres is still an issue and it makes more sense to process or analyse inputs and utilise edge intelligence to provide actionable insights. The edge device therefore becomes not only a sensor collecting information but also something that can take immediate action according to that data. The connectivity is then utilised to update the centralised record and enable functions such as digital twins.

Where is the edge?

Traditionally, the term edge refers to the end of a managed network within 30 miles of an endpoint, such as a connected device or sensor gateway. However, this definition is eroding as the edge is now often closer than that. The edge could be in a vehicle or on the device itself so it’s accurate to say the edge is moving further from the centre and closer to the user and the connected devices themselves.

Hyperscale service providers, communications service providers (CSPs) and IT companies are all trying to deliver their definition of edge computing but confining definitions are not helpful. What’s really needed is an open understanding that the edge is what an organisation wants it to be. For some, that will be storage and compute resources at the cellular network edge while for others, the device itself will contain processing, storage and analytical power to perform edge intelligence at the device level. In contrast to traditional hub and spoke architectures in which edge data flows up and down a spoke to a centralised hub, MEC utilises a distributed cloud computing model that enables processing and storage of data at the network edge. These typically smaller-scale resources are closer to the devices and the end user and enable a cost-efficient, optimised network architecture. Don’t forget that traditional data centres and cloud computing has never been free so often MEC is not an additional but an alternative cost and one that can be offset by the business benefits of low latency or the localised processing of large volumes of data that are critical to high-quality services.

With this edge infrastructure in place, the next step is to extract intelligence from it. The intelligent edge combines connectivity, computing power, artificial intelligence (AI) and data analytics so data can be acted upon more quickly and much closer to the point at which it is captured. As organisations generate ever-greater amounts of data they are engaging in more complex operations and the markets they operate in are transforming at the same time. Real-time data places more demands on businesses to sense more and be responsive to the sensor information they collect. Using data to gain insights quickly and effectively drives operational efficiencies and delivers competitive advantages and this underpins the huge expected growth in MEC and edge intelligence.

Naturally, organisations that invest in edge intelligence are doing so in the expectation of a return and the nature of that return is becoming clearer and clearer as the number of deployments increases. There have been numerous trials and proofs of concepts targeting augmented and virtual reality applications, local content distribution, security and surveillance, manufacturing automation, autonomous vehicles, logistics and many other applications. The deployments are so varied that it looks like there’s a use case for virtually any organisation that has multiple sites or a fleet of devices in deployment.

However, the projected benefits will not necessarily come easily. Edge intelligence presents a substantial shift from the cloud computing infrastructure of the previous generation. The speed, while one of the main advantages, is also a massive source of disruption because being able to perform tasks in near real-time transforms business processes which therefore have to adapt to become used to the new rate of progress.

Speed also distorts perceptions and expectations and some of these may become unrealistic or excessively expensive to support. For example, an organisation that relies on very high speed network connectivity to enable its application may find that network latency means it cannot meet its customer’s service level or that decisions made at the edge are outdated because the data being utilised is stale.

Edge intelligence is also a complex environment involving multiple technology types that all require integration, security and monitoring. There is substantial risk that this complexity can mushroom making it hard to identify root causes of issues or expensive to monitor effectively. These are the downsides and are common to large-scale immature technology roll-outs and the technology industry is working hard to address them. However, it remains early days and some of the first edge intelligence deployments are hampered by complex architectures, poor integration between different systems and lack of availability of low latency connectivity at various locations.

The upside of edge intelligence on the other hand is only just making itself apparent and many of the potential benefits are not yet widely understood. A system that can ingest, store and analyse data and then make decisions that draw on machine learning and AI information while being located at the edge to ensure speed of response has huge value to add. It feels like today we’re on the edge of edge intelligence. Hopefully this issue of Tech Trends helps in pushing further over that edge.