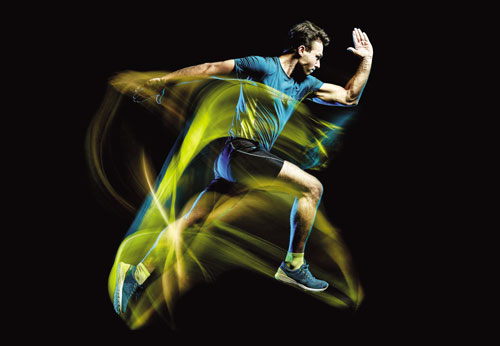 Forget about augmenting and virtualising realities, there is plenty of work to do in the factories, according to Dean Bubley, founder of Disruptive Analysis. “A lot of what gets discussed in 5G and edge-computing conferences is either hyped or undeliverable,” he says. “Many of the use-cases can be adequately serviced with 4G mobile or Wi-Fi – or a person on a bicycle delivering a USB memory stick.”

However, teleprotection systems for high-voltage utility grids will demand latency of between 6-10ms. Bubley has identified a range of other emerging practical use cases in manufacturing. Sensitive industrial process-control systems will ruin their finely-calibrated machinery if they wait ten milliseconds to respond. Image sensors and network sync mechanisms work in nanoseconds and a picosecond is a long time to a Photon sensor. Ultra-fast laser pulses for machining glass or polymers need feedback in femtoseconds.

Kiva Allgood, the head of IoT at Ericsson, agrees that manufacturing is the most realistic target market for MEC, and identifies fabrication and 3D printing as avid consumers.

Security, too, is becoming unfeasible without a rapid response. Nobody can defend against a distributed denial of service (DDoS) attack if their intelligence has to be sent to a distant data centre to be processed. All reporting and reconciliation of intrusions must be instant. Similarly, automated processes that are fine-tuned by artificial intelligence (AI) will falter if the machine learning is delayed, says Remella.

Communications service providers (CSPs) can’t work out hyper-personalised offers to each subscriber and capitalise on the mass marketing campaigns unless they can live in the moment. Which calls for some heavy lifting at the edge.

There are exceptions. No credit card company can run a full fraud inference routine on a server at the edge because there is too much information and context to process. In this case, not every event is significant, so the client can thin the data out before sending it to a central data centre.

No company should digitise any process if they can’t guarantee its safety, says Remella, and MEC can be a reassuring presence. Security probes and the cross-checking of events are now inextricable parts of the new process definition. The meta-data describing these jobs can triple the amount of event information generated.

The cases for MEC needs clarity and that is provided by definition, says Remella. Edge is a contentious term and it’s possible to get lost in the semantics of defining in-devices, gateways, customer premises and network edges. It’s better to ignore these philosophical topics – the question that matters is: How close can I get to the event before it peters out?

Thomas Neren, Ericsson’s head of dedicated networks, is another who decries the lack of focus and warns that people are getting confused over 5G’s potential to meet the challenge.

“We need to standardise our definitions and make sure we are all talking about the same thing,” says Neren. “In 5G terms, one millisecond is the latency of the radio interface only, whereas a measure of total, end-to-end latency is the sum of response times across the transport layer, the core, cloud storage and computing systems.”

Creating ultra-low latency across a high capacity wide area, would take a massive investment and the natural starting point for confined areas might be dedicated networks, says Neren.

Can a 5G network deliver the same benefit as MEC?

Eventually, yes, says Ericsson’s Allgood. In theory Releases 15 and 16 of 5G will deliver the low latency and high frequency connectivity needed for IoT.

Anyone who waits for 5G will be disappointed says Joshua Norrid, senior technical director at DataStax, because many 5G standards don’t specify how data is stored, managed or replicated. “Enterprises want a consistent approach to managing data from the edge to centre and inbetween and they won’t find this model flexible enough,” he says. “If it’s hard to use your data, then developers will struggle to build the IoT applications that will need it.”

Dr Paul Carter, the chief executive of mobile network benchmarker Global Wireless Solutions, urges caution over your choice of MEC. “Think about the connectivity charges: is it cheaper to connect via Wi-Fi or a non-cellular network,” says Carter.

Still, smartphones and tablets will eventually bring AR apps to the masses at which point CSPs will have to compete for subscribers on their ability to match the digital picture to the physical, predicts Kevin Riley, the CTO at Ribbon Communications. Another increasingly popular security app, face recognition for site access, will need MEC as it processes data locally. The systems will fall down if they need to send buckets of raw data back to HQ.

Neither will be realistic unless the computer comes back with an answer in under 12 milliseconds, and “Ideally less than seven,” says Riley.

Latency is important, for application developers, enterprises and many classes of IoT device and solution. But we have been spectacularly vague at defining what low-latency actually means, and where it’s needed, says Disruptive Analyst Bubley. What is likely is that average latencies will fall with 5G. An app developer that currently expects a 30 to 70ms latency on 4G, and probably lower on Wi-Fi, will gradually adapt to 20-40ms on mostly5G networks and eventually 10-30ms. If it’s a smartphone app, they likely won’t use ultrareliable low latency comms (URLLC) anyway. Specialised IoT developers in industrial settings will work with specialist providers, like mobile network operators, fully-private networks and integrators, to hit more challenging targets. “Returns on investment and safety constraints will justify the cost,” says Bubley. They may even get down to one millisecond at some point in the medium term, but it’s far from clear they will be contributing massively to the edge-providers’ bottom line.