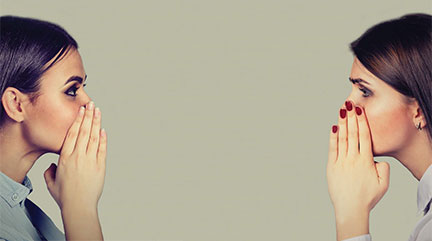 Wi-Fi currently remains the most prevalent wireless technology in enterprise networks, but private 4G LTE cellular technology, and soon 5G, can be much more reliable and cost-effective when it comes to various industrial use cases around IoT, writes Antony Savvas.

Problems around Wi-Fi can include susceptibility to spectrum noise and also interference from steel walls, for instance. In addition, Wi-Fi can be cost prohibitive when it is called upon to provide coverage for large geographic areas, because of the large number of Wi-Fi access points needed.

Though cellular wireless is often thought of as a carrier service, factories, offices, public sector organisations, farms, fleets and other locations can instead benefit from deploying private mobile cellular technology. This alternative can complement or even replace Wi-Fi for applications that support IoT devices – often deployed over large areas – and which generate large amounts of data. A private cellular network consists of cell sites and core network servers supporting dedicated connectivity for an organisation’s specific requirements – independent of the cellular networks of mass service providers accessed by the public.

Companies can customise such networks for mission-critical applications and they can optimise the network for low latency to support service level agreements (SLAs). And this is without interference and contention from using congested public wireless spectrum.

Professor Dimitra Simeonidou, IEEE fellow and professor of high performance networks at the University of Bristol in the UK, says: “Organisations are increasingly building their own bespoke, private cellular networks. While Wi-Fi was always the go-to for enterprises, due to its ease of installation and deployment, those companies have since become so reliant on internetconnected devices that their Wi-Fi networks are now experiencing limited reach and capacity.”

She adds: “With private cellular, enterprises can build their own network infrastructures that are independent of service providers. And UK communications regulator Ofcom, for instance, recently opened up a part of the 5G spectrum that enables businesses to use spectrum that does not belong to a service provider. A private mobile network can better support IoT enterprises in terms of capacity and performance.”

Simeonidou says private cellular networks are especially effective for companies with factories, warehouses and industrial plants. This is not least because private mobile can support large amounts of data and low latency applications.

Looking at a manufacturing company where the factory floor has deployed automation and robotics, and is operating over a Wi-Fi network, Simeonidou says: “While that company may have dense Wi-Fi and good connectivity, it cannot support a very fast and precise response – both of which are becoming critical to manufacturing processes. With a private 5G network the company can support low latency applications and high location accuracy, meaning it can do much more than it could with a Wi-Fi network.”

In addition, with private cellular firms can slice and dice their network for different operations. A manufacturing plant will have lots of sensors that monitor the performance of its different manufacturing processes. With private cellular, the plant can slice its network, assigning part of its network to monitor and process data while allocating another part to support separate services, therefore developing a network that supports two or more independent operations over the same service.

Until recently, there was no opportunity to do this, because plants didn’t have access to their own private cellular spectrum to be able to create bespoke services specific to the manufacturing sector they were in.

Ken Hosac, the vice president of IoT strategy and business development at technology distributor Cradlepoint, is confident about the market opportunities. He says: “Firms have a variety of use cases that benefit from having private wireless networks across a large area. Enterprise-deployed private LTE networks will become a big reality in 2020.”

“US comms regulator FCC recently approved a swath of shared spectrum that was commercially launched last fall,” adds Hosac. “A variety of companies, including us, have formed a broad ecosystem of interoperable private LTE solutions that enables those commercial deployments.”

Chris Bataillard, group chairman and chief executive of WND UK, which is part of an ecosystem that sells services around the Sigfox low-power wide area network (LPWAN) technology, says: “Private cellular networks are essentially a capacity and coverage extension of the public networks. But many cellular operators do not have ready solutions for customers to extend coverage on their premises. This is mainly due to their fear of damaging the performance of their public networks if the extensions are using the same spectrum.”

“Unlicensed bands, like citizens broadcast radio service (CBRS) for instance, have opened the possibility to create private networks without the need to use scarce licensed bands,” he explains. “Wi-Fi was never designed to provide wide area coverage nor was it designed to perform hand-off. LTE and 5G was designed specifically with this in mind, plus network security and centralised authentication is the norm.”

Bataillard adds: “In IoT, the coverage aspect is even more important, as devices are often deep inside a building and cannot move to communicate, so private coverage extensions for many applications will become mandatory.” Despite Bataillard’s scepticism, there are some traditional cellular service providers in the new market. Chris Allen, mobile private networks lead at Vodafone Business, says: “As more advanced manufacturing technology is adopted, new systems will collect and analyse data in real-time, creating deeper business intelligence and allowing for more autonomous functionality in production.

“5G mobile private networks are secure, scalable and able to guarantee very specific performance requirements,” he adds. “Paired with mobile edge computing (MEC) where autonomous decision making can be near instantaneous, private cellular can form the backbone of an Industry 4.0 factory.” And other players are carving out niches for themselves in this evolving market. Aeris, for example, recently announced it had partnered with cloud infrastructure provider Google to support its Aeris Fusion IoT Network, an intelligent global solution for connecting IoT devices across 2G, 3G, LTE, LTE-M and narrowband IoT (NB-IoT).