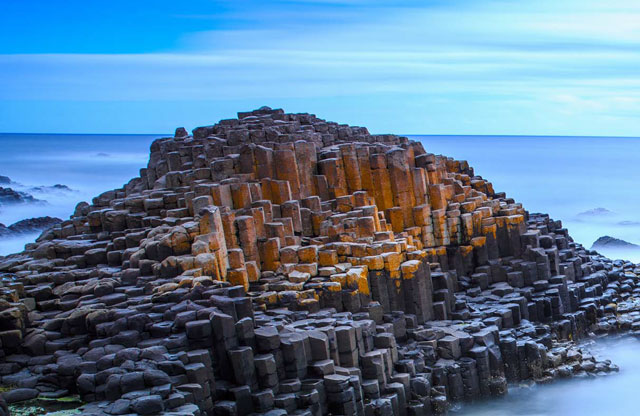 Prasad Kandikonda is the vice president of engineering at MultiTech. His team has recently developed the company’s mPower Edge Intelligence embedded software that adds to its application enablement platform to bring new programmability, enhanced security and ease of management to large-scale deployments at the edge. The software is network-technology agnostic and means organisations can add more intelligence at the edge, enabling more decentralised decision making, he tells George Malim.

George Malim: First of all, let’s define what we’re talking about. What and where is the edge?

Prasad Kandikonda: The edge essentially is where the action happens. It’s where sensors are deployed, data is gathered or actuators are triggered. Today, the edge is very basic in terms of its capabilities. We have a lot of sensor devices deployed and they’re mostly in place to determine some change in conditions such as increased temperature or humidity. They then forward that data upstream to be analysed, processed and acted upon.

The edge is composed of predominately low-cost devices that have very little built-in intelligence. A lot of edge devices are not programmable and are static devices that are configured – permanently – to perform a single use case. They’re also constrained because, typically, the network technology they use to connect to IoT platforms is pre-determined, embedded and not possible to change once they are in deployment.

GM: Cheap devices performing simple tasks looks an ideal model for IoT as it scales up into a market of billions of devices. Why do we need more intelligence at the edge and what’s driving uptake in industrial IoT (IIoT)?

PK: There are multiple factors that come into play here. Customers are trying to do more at the edge and not refer everything back to centralised computing power and decision making. For example, a customer might have many sensors at the edge that they are trying to aggregate inputs from. This aggregation can be performed locally at the edge rather than each sensor sending its data individually to a centralised analytics function.

One of the major driving factors has been the possibility of aggregating bandwidth to optimise bandwidth utilisation across an estate of edge devices. To achieve this, it means doing more processing at the edge rather than sending every little piece of information across the network. Inevitably, this requires intelligence to be applied to identify which data should be handled at the edge and which data should be sent for centralised processing.

This is just one aspect of the benefits of edge intelligence. Don’t forget that the edge is increasingly a fragmented technical landscape with more and more connectivity options from low power wide area networking (LPWAN) to 5G becoming available. As a result, edge devices need the capability to process multiple inputs at the edge and discern what should be transferred to the cloud.

A further important factor is to ensure the edge has built-in survivability. If the edge device fails or the network fails, some kind of intelligence is needed to allow the edge to function even momentarily while a problem is fixed. It’s an obvious benefit that an edge device can continue to operate even if it is not able to connect to centralised processing power and also that individual devices can continue to operate if there is a problem with another device.

GM: What about the issue of network latency? If all the data is sent back for centralised processing could this simply take too long for some applications?

PK: If you take legacy technologies, there has always been a limit in terms of the amount of time required for communication. There needs to be a level of quality of service (QoS) built-in to the network but that level is not always available for a variety of reasons. Therefore, for an application that needs a quick response, intelligence at the edge provides a solution.

If you take the example of a fire alarm, you want that to respond quickly. You don’t want to have to wait for temperature sensors, for example, to send a message that traverses the cloud before sending an instruction to turn the water sprinklers on. Asynchronous events can be taken care of locally and in certain, critical situations, it’s vital to have capability to act embedded at the edge.

GM: What are the main benefits of embedding intelligence at the edge for enterprise adopters and for service providers?

PK: Enterprises are extremely concerned about security and they need a lot more control in terms of integration and management of edge devices. From an enterprise point of view, they need the ability to enable security as they push in a new service. Security and dynamic configuration capabilities, along with the ability to programme devices, are the benefits that enterprise adopters are looking for and will gain from embedding intelligence at the edge.

Turning to service providers, they are more interested in trying to make software devices that capture more and more analytics data. They’re looking at how to share edge devices across multiple customers, use cases and applications so they can cater for different types of end users. They’re looking at how to isolate devices that develop faults; they don’t want the entire device network to be brought down because of one issue. This means a device being able to automatically disconnect from the network is important. The service providers’ perspective is one of trying to make sure they get more from each device so they gain more information and maximise the output from every one.

GM: Can you give an example of how intelligence at the edge could be utilised?

PK: If you take a customer with gateways deployed as part of a rodent control project, they are trying to build intelligence at the edge rather than from the cloud. This is so that, as soon as a rodent is detected, the trap can be shut without having to address the question to a centralised intelligence resource. The need is to do something right now, not wait for feedback from the cloud.

In examples like this, you also need to consider what happens if the connection is lost. Does the device have enough edge intelligence to shut the trap when the rodent enters it even if it is not connected?

There are more acute situations to consider as well. For example, with fire fighters who have sensors on their fire suits, the system receives information about the temperature and the environment via agateway, but you want the gateway to determine something from that quickly, rather than the information going into the cloud for processing. There are use cases that are in life threatening situations like this and it makes sense to act on information locally and immediately.

There are situations where it makes sense to perform processing at the edge and others where it makes sense to do everything in the cloud. As the market matures this will become better understood but, in general, there are always use cases where you need intelligence that can be acted on as rapidly as possible. Edge intelligence is therefore a vital requirement and capability.

GM: What is MultiTech doing to enable intelligence at the edge?

PK: We recently launched our mPower Edge Intelligence software to bring greater programmability to the edge. This is the primary driver. We want to enable our customers to put their programs into edge devices. We’re also trying to promote virtualisation via a Docker or similar type of container. That would ideally fit with both enterprises’ and service providers’ use cases. With the new software, enterprises can use our platform to push security upgrades and patches into their software to keep edge security up to the standard they require.

We’re also focusing on making edge intelligence tightly integrated with the edge elements of popular IoT cloud platforms such as Azure, AWS Greengrass or Google Cloud to enable a more seamless integration between edge and cloud. Being programmable would enable customers to develop their own software and bring their own business logic to the edge. This is because the devices are dynamic and can be updated and provided with upgrades as required.

GM: This sounds great but today’s dumb devices seem a long way from this kind of edge intelligence. What are the main barriers to rolling-out greater intelligence at the edge?

PK: One of the challenges is that there are going to have to be more powerful edge devices rolled out. From a technical point-of-view, there are platforms available now that are able to support this and the next generation of gateways have high-end compute modules built-in. However, the current estate of deployed devices does not have this capability.

The mPower software is designed to be taken to any platform and is able to tailor itself to the hardware depending on the use case and deployment situation. The idea is to make sure software development is much more easily programmable and more hardware independent.

GM: Is this ultimately leading to an erosion of centralised computing and analytics power? Do you see a point where the majority of intelligence resides at the edge and the traditional centre simply becomes a repository of record data?

PK: Centralised management is still going to be there. It’s more about how much you want to do at the edge than any idea of the edge taking over. I think there will be more actionable data processed at the edge but the centre will probably be more involved with artificial intelligence (AI) and machine learning because it’s still too early to bring those to the edge because of the processing power involved.

I see it as more of a marriage between increased intelligence at the edge and the processing power of the centre. It’s not a conflict and I don’t think we will ever get away completely from the centre because we will still need centralised management of the edge and co-ordination of the usage of devices.

GM: What’s coming next in terms of edge compute innovation for IoT?

We’re seeing a transition from everything being centralised to more and more happening at the edge. When edge devices become more powerful you can do more from the edge – and people will – but you still need control from the centre. As much as possible will be done at the edge, but critical IT will continue to be kept at the centre.

GM: What do you see as MultiTech’s role in this?

PK: For MultiTech, it’s going to be about providing different options to customers. We want to give them a broad range of choices at both the low end and the high end. I really want to be able to offer breadth of product lines to support the convergence of different technologies.

We want our group to be one that can combine the various radio technologies and sensor technologies into one device. It’s all about providing choice and flexibility to the customer, without putting too much of a burden on them, so the user has the power to do what they want to do with their own range of products.

This is an interesting time because things are starting to move and we will see how, as intelligence happens at the edge, the core changes. I see this evolving over time as the difficult struggle between IT platforms and the cost structure continues. However, there will certainly be at least some intelligence at the edge.